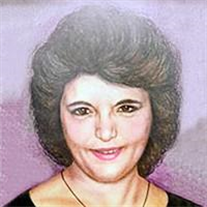 Miller (Bartlett), Carol Louise Age 74, died September 24, 2016, after heart surgery. Carol is survived by her husband, the love of her life, Robert James Miller; her daughters: Trina (Mark) Nolen, Sharma (Tim) Wolff, Bobbi (Jon) Stumpf, and Jayd (Scott) Piercy, and step-children: Paula (Nathan) Norman, Maureen (Jeff) Steltz, Jeanne (Tom) Luck, and Mary Pat (Mark) Rinehart. Grandchildren: Raven, Cyrus, Ivan, Alice, and Ericka. Step-grandchildren: Daniel, Meagan, Sean, Peter, Paul, Tatum, Cassie, Melanie and Matt. Carol was born in Newport, WA, on October 23, 1941, to Charlotte and Clarence “Bud” Bartlett. Carol enjoyed a rustic childhood in the Kaniksu Forest in northern Idaho near Priest River. Bud worked as a lumberjack while Charlotte took care of their 4 children: “Mickey”, “Clair”, Carol, and Mary. In 5th grade, the family moved to Portland, OR; and then, in 7th grade, they moved to Umatilla, OR. Ultimately, the family settled in Hermiston, OR. In 1960, Carol graduated as valedictorian from Hermiston High School and was awarded a scholarship to BYU where she earned a BA in English. Following college, she spent the next few years teaching high school English in Chino, CA. In 1975, Carol earned a Masters in Education from Florida State University and then in 1977 she earned a PhD in Education from the University of Minnesota. Carol worked for Northern States Power Company as a specialist in computer-based adult learning before she retired. Carol was a trailblazer for women. She was very interested in minority rights and was a strong advocate for the disadvantaged. In 1988, after retiring, she formed a company for technical writing and other educational projects. Carol co-authored a book with her daughter, Sharma, about a friend of theirs who was a Holocaust survivor called “Margot 47574.” During her life she focused on education and equality for all people. Carol provided inspiration and hope for many women to maximize their potential and to live with pride. She has touched many people with her kindness, generosity and love. Memorials may be sent to the Rose M. Nolen Black History Library in Sedalia, MO.

Phyllis passed away on Friday, June 12, 2015. She was a resident of Richfield, Minnesota.