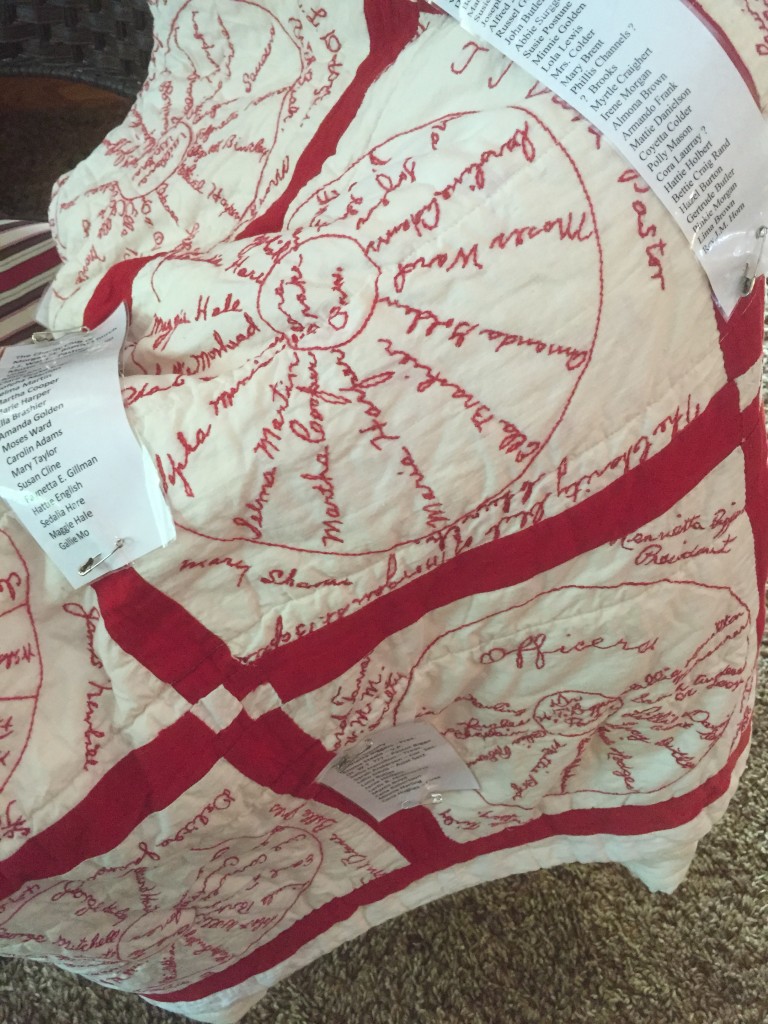 The black clubs were very helpful to take care of blacks on the North Side who couldn’t pay their rent, buy food or clothes for themselves or their children in addition to providing fellowship and encouraging literacy.
A quilt has been donated to the Library of some 42 squares. Each square has embroidered in the center the name of a Black Woman’s Club that existed in the Sedalia area, along with the names of the members. Hours have been spent trying to read the names.
These are the names of some of the black ladies clubs whose names are on the quilt:
Rosebud Club
Phyllis Wheatly Club
20th Century Club
Will Go Club
Helping Hands Club
American Woodman
The Charity Club
Willing Workers Club
Salome J. Yates Art Club
Nicessety Club
New Church Club #1
Steward Bd. #1and #2
Centennial Lodge No. 59
Will Go Club
Helping Hands Club

(queen/king size) Made by Marge Harlan 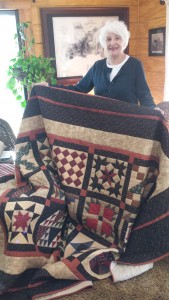 The monkey wrench turns the wagon wheel toward Canada on a bear’s paw trail to the crossroads. Once they got to the crossroads, they dug a log cabin on the ground. Shoofly told them to dress up in cotton and satin bow ties, go to the cathedral church, get married and exchange double wedding rings.

Flying geese stay on the drunkard’s path and follow the stars.

According to Ozella and her family’s oral history, there were 10 quilts used to direct the slaves to get ready for escape. Ozella also mentioned a number of secondary patterns. Each of the blocks had a different meaning and part to play in the code. The quilts would be hung one at a time on a fence or cabin door, left to “air out” while communicating a specific action or step in the journey. – Even if you find Ozella’s story unbelievable, you can still enjoy these 15 traditional blocks. They are perfect for your own family’s story telling.

The Underground Railroad story is one of the most dramatic chapters in our nation’s history. It is a story about how countless slaves made their way out of bondage, r sking death for freedom. Runaways met up with a “conductor” in the dark who whispered “follow me”. They were guided on an arduous 250 mile journey from the south, intertwined through the North and eventually ended in Canada. The most intriguing feature was its lack of formal organization. Accounts are scarce because of the movement’s secrecy, and of course most slaves could not read or write.

The mission of the Rose M. Nolen Black History Library is to discover, present,  display and honor the Black history of Sedalia, Pettis County and the state of Missouri. The Underground Railroad Story is a vivid description of the lengths and risks slaves took to find freedom. Always their fear was of the Master, the Whip and the Dogs that would track them. Their courage and following the quilt was all that sustained them.

Many whites, if they have heard of this story, do not know the entire effort slaves went to to be free. This Quilt dramatizes that effort and brings the slaves resilence, courage, determination and efforts to be free into reality.

Photos Inside the Library 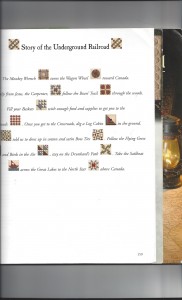 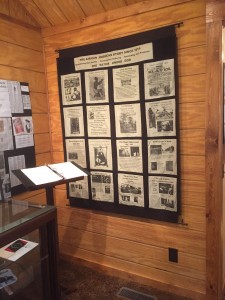 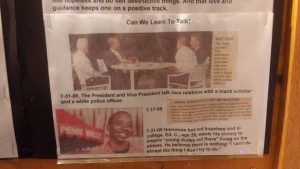 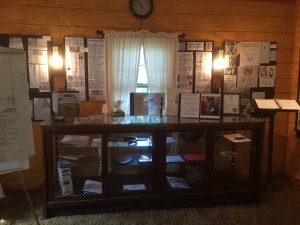 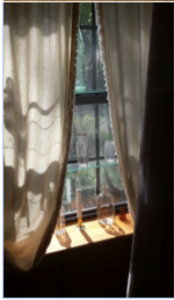 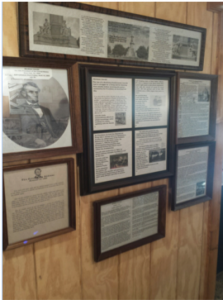 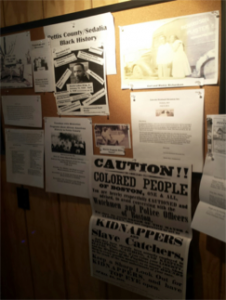 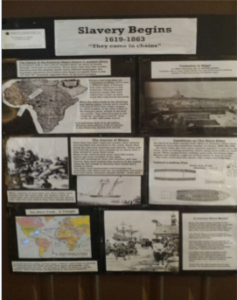 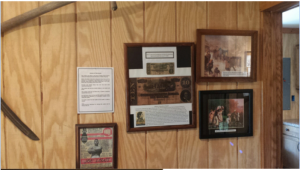 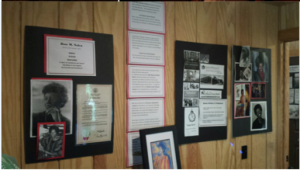 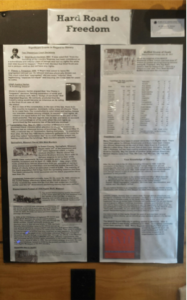 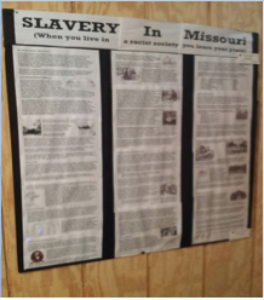 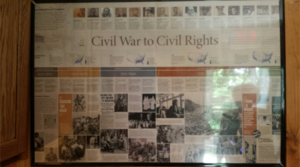 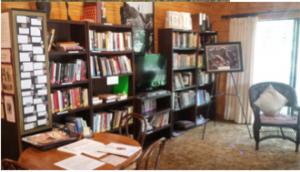 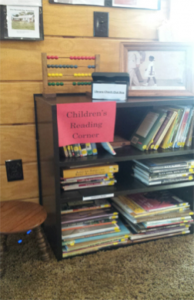 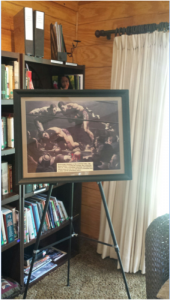 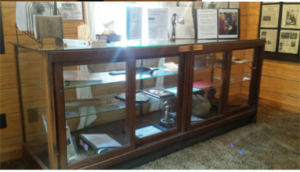 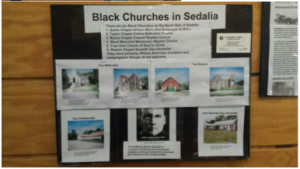 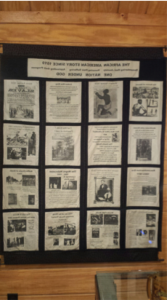