Rose is the author of two books, co-author of one and several publication. Books include: Hoecakes, Hambone and all that Jazz, 2003; African Americans in Mid-Missouri, 2010 and Bothwell Hospital, A Lifetime of Caring 1830-2005 with William B. Claycomb and Becky Carr Imhauser,  2005.

As Rose began her own publishing company, RoseMark Communications she could publish as she wished. Her publications included: Lost on the Prairie – George R. Smith College, Methodist School for Blacks Sedalia, Missouri, 1888-1925; Sedalia’s Ragtime Man and Naming Sedalia. 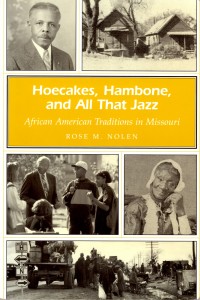 Hoecakes, Hambones and all That Jazz

Rose focuses on some of the extraordinary Black Missourians produced by that community, among them William Wells Brown, “the first black man born in America to write plays, a novel and account of his travels in Europe, as well as a “slave narrative”; She includes John Berry Meachum, a former slave who founded a “floating school” anchored in the Mississippi River to teach blacks how to read and write and thus exempt from a Missouri 1827 state law forbidding the education of blacks; J.W.”Blind” Boone, blind since birth who became a celebrated composer and concern pianist whose home in Columbia, Mo. remains; Elizabeth Keckley who purchased her freedom, started her own business and became dress designer and confidante to Mary Todd Lincoln and Lucinda Lewis Haskell, daughter of a former slave who helped establish the St. Louis Colored Orphan’s Home. 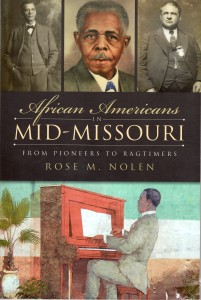 Brought to Mid-Missouri to serve as slaves but rising up to proudly serve the community as leaders, African Americans have made an indelible contribution to the region. Join historian Rose M. Nolen for the story of some of the most remarkable characters and institutions to come out of Columbia and Sedalia. Allow yourself to be drawn in by authors like Chester Himes and ragtime legends like Scott Joplin and to be inspired by educators like C.C. Hubbard and innovators like Tom Bass. Or link arms with George R. Smith alumni and let loose a rousing rendition of the college yell from one of the best schools on the prairie.

Bothwell Hospital, A Lifetime of Caring 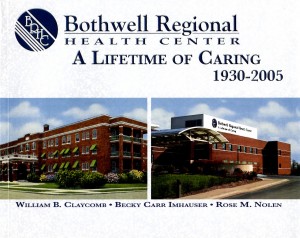 Bothwell Regional Health Center – A Lifetime of Caring, 1930-2005 by William B. Claycomb, Becky Car Imhauser and Rose M. Nolen. This soft cover book is a treasure of history and struggle to build a hospital in Sedalia. Assisted financially by the legendary John H. Bothwell after years of struggle it finally became a reality in 1930. With the many excellent pictures, one is taken through the years with dignity and purpose toward the final outcome of an imposing hospital structure that celebrated 75 years of service on January 3, 2005, the year this book was published. A further addition is now in place of the Bothwell Diagnostic Center-Winchester.

As Bothwell Hospital would not treat Blacks or admit them to the hospital, through the efforts of the Josephine Silone Yates Art & Charity Club and the black community, a bond issue was eventually passed and with the assistance of the WPA, City Hospital #2 was built. City Hospital #2, 111 Missouri Street, opened June 15, 1940 with Senator Harry S. Truman speaking. 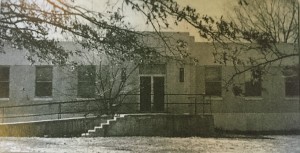 Care of black workers at the Railroad Hospital was minimal and questionable at best.

City Hospital #2 however, was always poorly furnished with discarded, cast-off equipment and inadequate supplies. However, it was better than nothing! (the opinion of this writer!)

It became a nursing home after Bothwell Hospital was forced to integrate.  A Memorial Stone now marks the site in Hubbard Park in Sedalia. 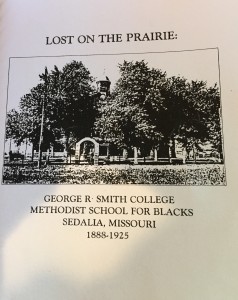 Built on land donated by the two daughters of George R. Smith, founder of Sedalia, the cornerstone was laid May 21, 1893. It presently rests at the Pettis County Historical Museum in Sedalia. Built of brick and trimmed with stone, four stories high with a deep basement and 62 rooms, it was an imposing structure. It was funded by the Methodist Episcopal Church Society, Chicago, Ill and the youngest of the Freedmen’s Aid Society’s Schools. It was one of the few black colleges north of the Mason-Dixon Line . (The Mason-Dixon Line runs along Missouri’s southern border)

Offering 8 courses of study and a non-nonsense approach to learning, “Young people of bad habits are not welcome here”, the Catalogue stated. “We are favored with students of excellent principles and we wish to shield them from contaminating influence”. Tragically the College was struck by lightning on April 26, 1925 and was a complete loss. In its 22 years of operation, however, some 3,000 black students received their education. Scott Joplin himself studied here. 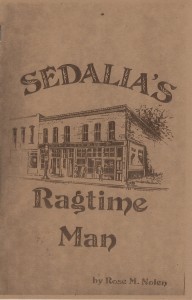 Rose served for two years as President of the Scott Joplin Commemorative Committee, Inc. in Sedalia.  It was incorporated in 1982.  Sedalia Ragtime Man consists of articles written by her and published in 1983 and 1984 in two Sedalia newspapers; The Pettis County Times and The Pettis County Local Times.

The acceptance of Scott Joplin’s music in the Black Sedalia Community has always been uneasy, as it was not religious music.  It is doubtful Mr. Joplin could have made his living just playing in churches, nor was religious music his style.

An interesting fact is that Scott Joplin essentially lived next to the Rose M. Nolen Black History Library at 124 East Cooper and he practiced the piano there.  He and his second, very young wife, Freddie, to whom he had only been married a matter of weeks, roomed with the Solomon Dixon family at 111 East Cooper Street which adjoins the library.

Rose personally interviewed Mrs. Lucille Martin who remembered the “young man in the brown suit and slouch hat” who roomed at her grandparents house, the Dixon house.  Sadly enough, a few weeks later, Freddie died in that house.  Mr. Joplin took her back home to Texarkana to be buried there.  After his wife’s death he never returned to Sedalia for any length of time. 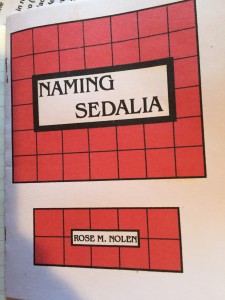 This small pamphlet brings up the names of prominent Sedalians and how streets, hospitals, art center, building, banks, hotels, etc. were named after prominent and influential people. 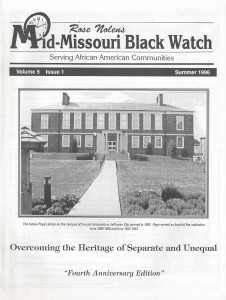 Of special concern to Rose was that Black lives were often portrayed in newspapers as violent and criminal.  She wanted the public to know that most Blacks lived upstanding, positive lives.  She thus began her Black Watch, a twice monthly newspaper commemorating family gatherings, basket dinners, church activities and healthy fun for all.  It contains a wealth of African American history in Sedalia and surrounding counties.

BlackWatch, the quarterly newspaper, was published by Rosemark Publications for four years, from 1982-1986 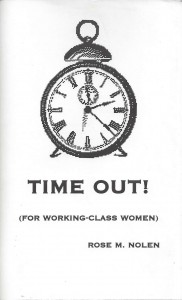 As Rose herself was a working, single mother, she wrote Time Out to help other working mothers learn to care for themselves.

Rose also published an article, Joplin’s Dream Deferred, which appeared in the January 1986 issue of Opera Guide. She served for two years as President of the Scott Joplin Commemorative Committee, Inc. in Sedalia, Missouri.