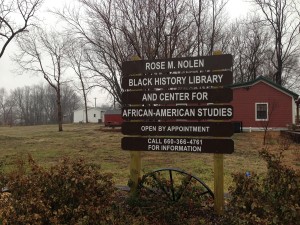 Believing it is vitally important to pass on the important lessons of history to future generations the Rose M. Nolen Black History Library in Sedalia, Mo. has as its mission to gather and preserve the history of African American life specifically in Sedalia/Pettis County and all of Central Missouri. 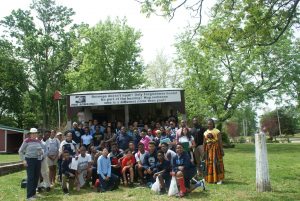 Students were extremely well behaved but mostly quiet. Studied the displays very carefully. Lead teacher, Danielle Farr instructed them to take pictures of the displays and be prepared to write reports. One student had asked me what I thought about Black Pride. I said, sounded wonderful to me. We all need to have pride in ourselves and don’t let others pull us down.- They brought their own lunch and we sat on the outside picnic tables and visited. I was struck by their maturity and questions. They were a little puzzled though that in their request  for water, I pointed to the hose!! Quite a change from their bottled water.

Sedalia is located in the middle of the State and home of the Missouri State Fair. Like most of Missouri, the Civil War and years afterward were extremely damaging and tumultuous as Missouri was split in two in regard to the slavery issue. In the Battle of Sedalia, October 14-15 1864, as negroes assisted in building the earthen barricade that stretched in an arc north of the railroad tracks near Main Street, they were sought out by General Jeff Thompson’s Confederate Army, executed and their shanties burned. Years afterward and to this day, hard feelings and animosities persist.

By recognizing the struggles and contributions of African American citizens who built vital communities in the face of slavery, segregation, discrimination, violence and lynchings, future generations can experience pride in their heritage and understand the true meaning of courage and being Black in Missouri. 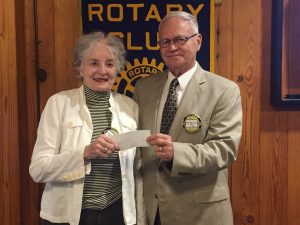 The Library will also seek to uplift the intellectual environment of the total community by providing lectures, programs and discussion groups. With your help we can succeed!! 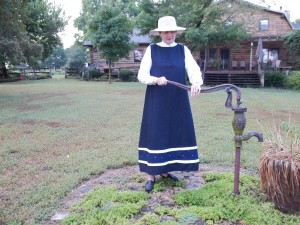 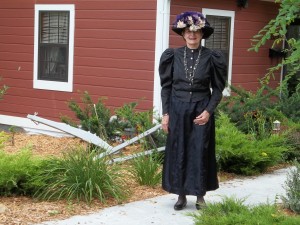 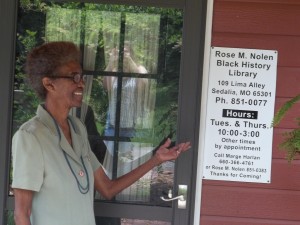 Rose outside the library 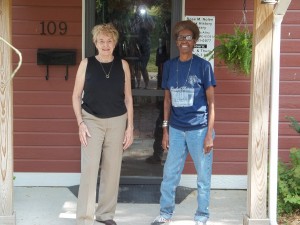 Marge and Rose outside the library